Aleksandra's Note: I hope you enjoy this wonderful panoramic view of Loznica, Serbia, created by Sasa Dragocevic, whose photographic work is fantastic. Just click on the image, choose "Full Screen" and "drag" right or left, up or down - slowly - and the image will come to life! To stop the movement of the panorama just "unclick". 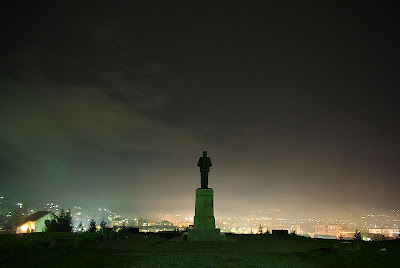 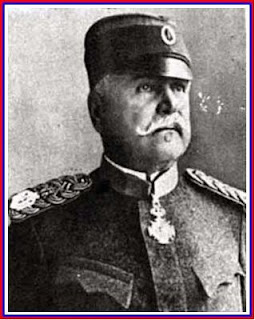 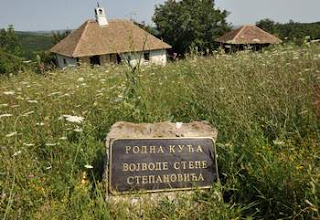 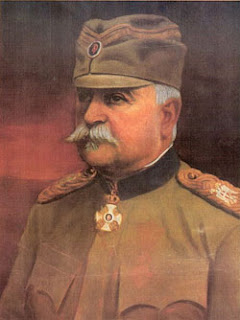 
*****
Posted by Aleksandra No comments: 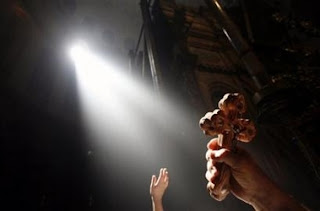 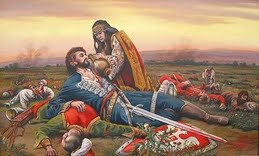 Aleksandra's Note: As we enter the season of Christianity's greatest of holidays, it is appropriate to remember and honor one of the greatest sacrifices and triumphs in the name of Jesus Christ. Kosovo is once again in the news on a regular basis, and few have captured the essence of Christian Kosovo as beautifully, poignantly, and truthfully as Father Rodney Torbic of St. George Serbian Orthodox Church in Carmichaels, Pennsylvania. The following two tributes were recently published in the Serbian newspaper "Srbobran".
Father Torbic, thank you for sharing your sentiments with us and for describing so perfectly what the Christian Serbs will forever know to be true.
Sincerely,
Aleksandra Rebic
*****
What is Kosovo?
by Father Rodney Torbic
What is Kosovo? Kosovo is a real event in history, a battle linked to a special place on earth involving real combatants. Kosovo is a special moment in time resulting in a decision with eternal consequences. Kosovo is tied to the Spirit of a People choosing the heavenly Kingdom.
Today Kosovo is known around the world. For centuries, the Spirit of Kosovo lived in the hearts of Serbs. Kosovo is a seed of faith. Kosovo is the blood of martyrs. Kosovo is the place of monasteries. Kosovo is the hope of the hopeless.
The Resurrection of Jesus Christ brought with it the defeat of death, the triumph of light over darkness. The communicants of Kosovo shared in the Body and Blood of Christ. The communicants of Kosovo experienced the Cross of Christ. The communicants of Kosovo witnessed to the triumph of Christ.
At the dawn of the twenty-first century, the Kosovo of the fourteenth century lives on. Eternal truth is timeless. The life in Christ penetrates the centuries and is for all ages. Jesus Christ is unequalled, unparalleled and unconquerable.
Day gives way to evening. Century gives way to century. Kosovo lives on. The body can be killed. The Christian soul cannot. Kosovo is identified with the soul of Serbia. Serbian mettle was tested in Kosovo. Christian conviction prevailed.
Each day is a Kosovo in the life of a Christian. Each day the Christian must choose between the earthly and the heavenly. Each moment we decide “for” or “against” Jesus Christ.
In New York, in Belgrade, in Novi Sad, in Topola, in Los Angeles, in Chicago, in Milesevo, on the Holy Mountain, the Serbian People carry Kosovo with them. The way Serbians live, the way they think, the way they believe is formed and guided by Kosovo.

HRH King Alexander I Karageorgevich and HM Queen Maria at the baptism of their first son Peter, the future King Peter II of Yugoslavia 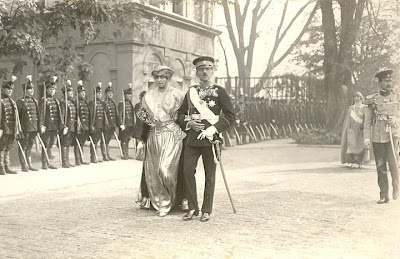 HRH King Alexander I Karageorgevich and HM Queen Maria
at the baptism of their first son Peter, the future King Peter II
of Yugoslavia, who was born in 1923.
Special thanks to Alex M. in Belgrade for sharing this rare photograph.
*****
If you would like to get in touch with me, Aleksandra, please feel free to contact me at heroesofserbia@yahoo.com
*****
Posted by Aleksandra No comments:

Aleksandra's Note:  Serbia is an amazing country. Once you begin learning her history, going back to the first millenium, you cannot help but be captivated. The more you learn, the more you will want to know. The Serbians settled in one of the most difficult places in the world, this place we all know as the Balkans. Just the mere fact that they have survived as a people through so many centuries, and through so many volatile eras for the Serbs, is testimony to their capacity as a people and their fierce instinct for survival. This video, "Fortresses and remnants of fortified towns" highlights some of the essential "locations" in Serbian history within their own homeland. I am so grateful that these physical structures have survived the elements, both human and natural. The narration is in the English language. Many thanks to "Radio Srbija" for sharing this. I hope it will inspire you to explore the history of Serbia and her people.


*****
Posted by Aleksandra No comments: