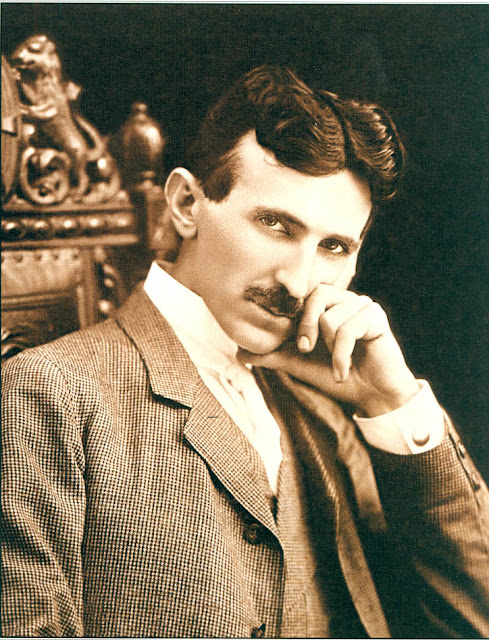 „If I would be fortunate to achieve some of my ideas, it would be on the behalf of the whole of humanity.
If those hopes would become fulfilled, most exciting to me would be the thought that it is the deed of a Serb.“
Nikola Tesla 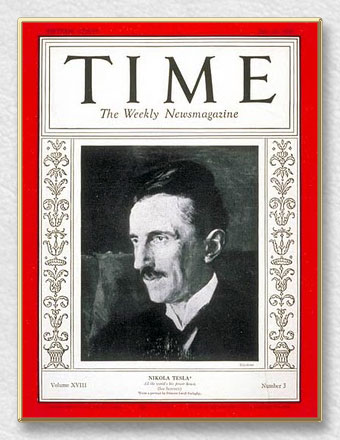 Nikola Tesla on the cover of Time Magazine 1931
Tesla died on January 7th, 1943 [Serbian Orthodox Christmas] in the Hotel New Yorker, where he had lived for the last ten years of his life. Room 3327 on the 33rd floor is the two-room suite he occupied.
A state funeral was held at  St. John the Divine Cathedral in New York City. Telegrams of condolence were received from many notables, including the first lady Eleanor Roosevelt and Vice President Wallace. Over 2000 people attended, including several Nobel Laureates. He was cremated in Ardsley on the Hudson, New York. His ashes were interned in a golden sphere, Tesla’s favorite shape, on permanent display at the Tesla Museum in Belgrade along with his death mask.
In his speech presenting Tesla with the Edison medal, Vice President Behrend of the Institute of Electrical Engineers eloquently expressed the following:
"Were we to seize and eliminate from our industrial world the result of Mr. Tesla's work, the wheels of industry would cease to turn, our electric cars and trains would stop, our towns would be dark and our mills would be idle and dead.  His name marks an epoch in the advance of electrical science."
Mr. Behrend ended his speech with a paraphrase of Pope's lines on Newton:
"Nature and nature's laws lay hid by night.  God said 'Let Tesla be' and all was light."


“The world will wait a long time for Nikola Tesla’s equal in achievement and imagination.” 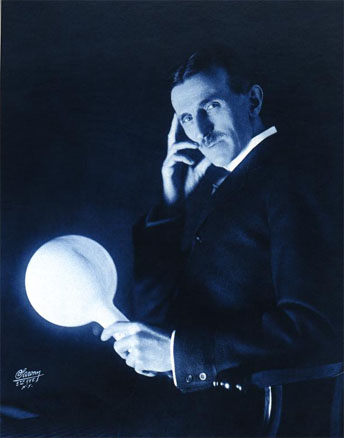 http://www.teslasociety.com/biography.htm
*****
If you would like to get in touch with me, Aleksandra,
please feel free to contact me at heroesoserbia@yahoo.com
*****