In light of WWI's centenary, media reports argue there are a number of striking similarities between 1914 and today. In fact, there are analogies, says DW's Susanne Spröer, but the differences are far more important. 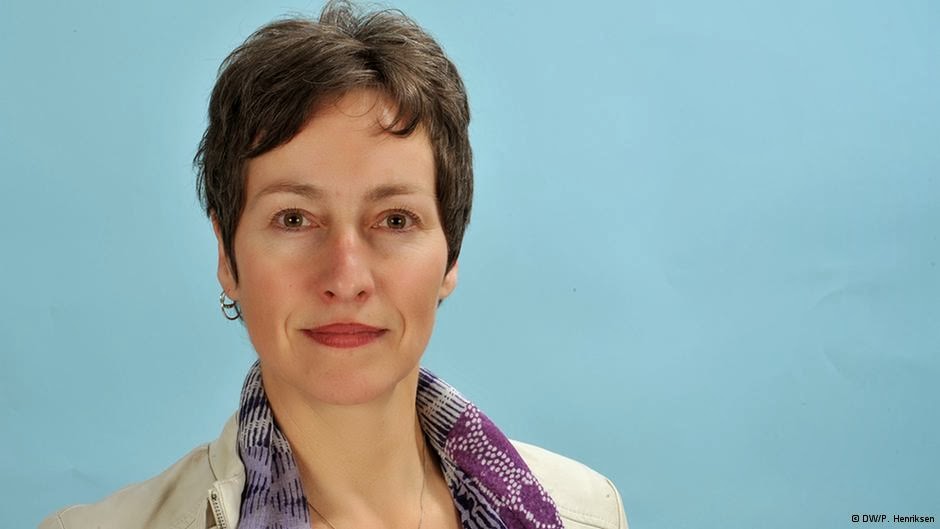 DW's Susanne Spröer
Trenches and gas masks, spiked helmets and propaganda postcards: Newspapers, magazines and online media have been commemorating World War One for weeks as 2014 marks the centenary of the war's outbreak.
Often, articles attest that our world today isn't that far off from 1914, stating a "haunting currentness of WWI," a "past that doesn't go by," and "the Great War's disastrous echo."
And there are in fact similarities between 1914 and 2014.
Back then, people also looked ahead to a rapidly changing future with new transportation means (like cars), new media (cinema) and new communication means (telephone). It was a time when people believed in modern times - times of new departures, the first waves of globalization and international travels.
It was a first glance into a future that people wanted to shape according to their needs, by making use of the means available to them. But these aren't the means we have today.
Separatists like Catalans in Spain or the Northern Irish in Great Britain are still fighting for independence within a united Europe - just like Serbian nationalists did back then. But most of them don't make use of violence to reach their goal, having turned to arguments instead.
Terrorism then and now
And just like Sarajevo's conspirators, there are indoctrinated people today who are willing to die for their extremist ambitions: the masterminds of the 9/11 attacks or suicide attackers who kill innocent bystanders in Baghdad on an almost daily basis.
But such actions are ostracized by the international community today. And so is the dictum of war as "continuation of politics with different means" which was coined by the Prussian general and military theorist Carl von Clausewitz in the 19th century. On the eve of the First World War, he described a legitimate political course of action available to those in power.
The dreadful face of war
And it wasn't just for them. Many urban citizens and even artists and intellectuals in the German Empire were in favor of war in 1914, because they expected to be cleansed by it: "War! It was purification, liberation, what we felt was an immense hope," Thomas Mann wrote about the start of war. Mann would later go on to win the Nobel Prize for Literature.
Such thinking might sound naïve to us today, but at the time they had yet to experience millions of dead people in trenches, mentally wounded "shell-shocked" soldiers and brutally mutilated gas victims.
Because we know the awful face of war all too well today, we can hardly imagine that European countries decided to stop negotiations and - as they did in 1914 - to recklessly plunge into war. At the beginning of the 20th century, militarism was deeply rooted in European societies; especially in German society.
Today, in the Federal Republic of Germany, this is no longer the case. On the contrary: Since Germany abolished its compulsory military service in 2011, the military is having a difficult time recruiting young soldiers.
Europe's long road to peace
Most of those participating in talks ahead of World War I were older, aristocratic men with military backgrounds. Today's democratically elected European governments represent very different groups in society: Young and old, men and women. In 1914, women weren't even allowed to vote - today, a mother of seven leads the German Defense Ministry.
Indeed, they are similarities between 1914 and 2014. But a lot has happened since then. Germany and its neighbors have learned from history and now stand for democracy and freedom of speech. Former enemies have become friends - friends who argue but friends nevertheless - who shape politics in democratic institutions such as EU and UN. That of course doesn't always go smoothly, but it's still a lot better compared to 1914 when EU and UN didn't even exist.
It's not war, but reconciliation, understanding and negotiations that can secure lasting peace. That's a consensus for us today, and Europe has come a long way to reach it.
We shouldn't forget this. Because 2014 isn't just the anniversary of the beginning of WWI, but also of the start of WWII (1939), the fall of the Wall (1989) and the EU enlargement to the east (2004). How once hostile countries were able to fulfill the vision of a joint Europe is the European success story of the 20th century.