A History of the First World War in 100 Moments: On an Albanian mountain top, a British woman [Flora Sandes] joins Serbia’s army / "The Independent - UK" May 12, 2014

Born in England, of Irish descent, Flora Sandes became a Serbian military heroine. Louise Miller explains how a Suffolk nurse found fame and fulfilment as a soldier far from home 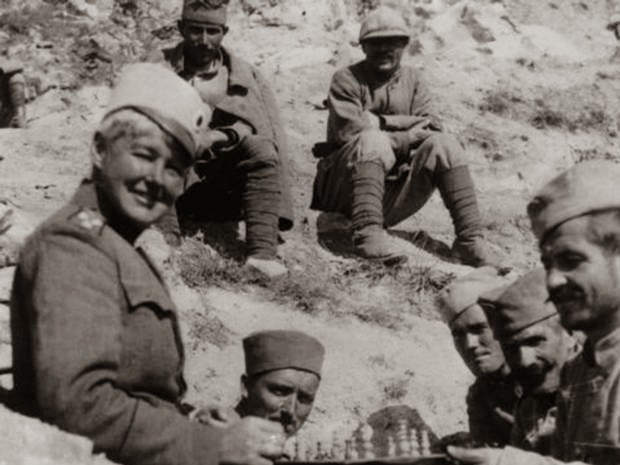